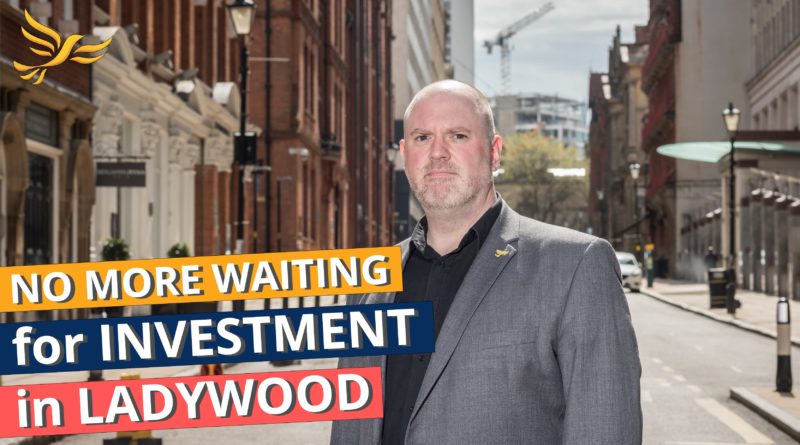 The Liberal Democrats would use an ambitious £50 billion regional growth fund to invest in Birmingham Ladywood, according to local candidate Lee Dargue.

The Liberal Democrats, who are fighting their campaign on a platform to Stop Brexit to build a brighter future, have earmarked £50 billion to reverse regional under-investment from the Conservatives.

This £50 billion ring-fenced by the party will go towards major, sustainable infrastructure projects, such as electrifying railways, increasing the availability of charging points for electric vehicles and improving broadband access.

“Whether it’s a dismissive Conservative government or a complacent Labour council, people in Ladywood have had enough of being left out. Neither Labour nor Tory administrations have invested properly here, they have failed to listen to local needs, neglected our public services and abandoned our community.

“People deserve better, which is why I’m demanding better. In Ladywood, we’re fed up with being left at the back of the queue – I won’t stand for it any longer.

“That is why the Liberal Democrats are prioritising an ambitious £50 billion regional growth fund. In Ladywood, the “Clean Air Zone” has been poorly thought out with the public being ignored during consultation. I will fight to have this money invested in our priorities around transport and tackling the climate emergency, whilst acting on the needs of our people and businesses.

“That is the brighter future from the Lib Dems that our communities deserve, not the fantasy wish lists from the other parties which are un-costed and untrustworthy.”