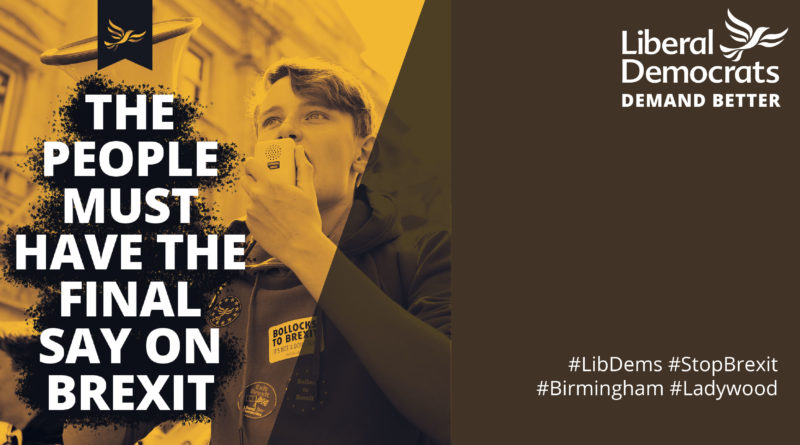 “Even Brexit supporters accepted that Theresa May’s deal was worse for the country than staying in the EU – Boris Johnson’s tweaks have just made a bad deal even worse.

“Stopping Brexit is still the only way to end the economic and political chaos, allowing us to move on to the real priorities of health, education and tackling the climate emergency. Any form of Brexit will make things worse. We will not stand by and let that happen.

“The people and businesses of Birmingham Ladywood deserve better than Brexit, which is why the Liberal Democrats are still demanding better. Any deal must be put to the country in a People’s Vote which includes the option to remain in the European Union.”