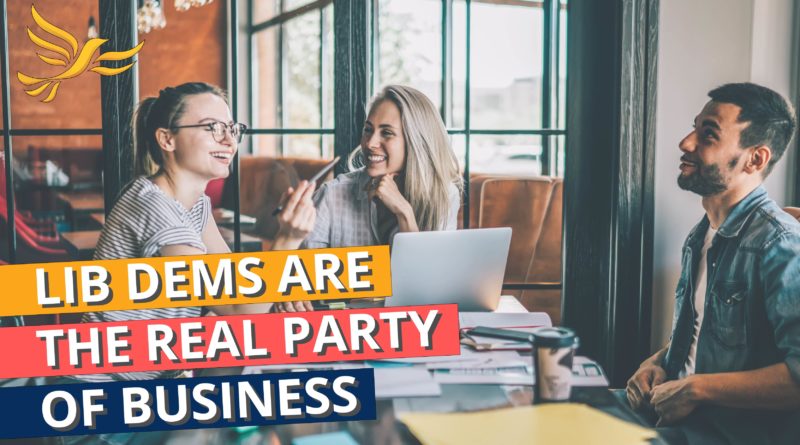 The Liberal Democrats have accused the Conservatives of failing to protect local small businesses, after figures revealed that over 20,000 businesses across Birmingham have closed over the last three years.

It comes as the Liberal Democrats today (Saturday 7 December) unveil a series of measures to reverse this decline and boost local firms, to mark Small Business Saturday.

The Federation of Small Businesses has warned that a no deal Brexit, which Boris Johnson has repeatedly refused to rule out, would mean more damage to firms. Firms are also being held back by the Conservative government’s failure to reform business rates, and by new taxes on the self-employed that business groups have described as “disastrous”.

Liberal Democrats have said that they will Stop Brexit and invest the £50 billion Remain Bonus in improving public services and tackling inequality. The party would also put in place a package of measures to support small businesses and boost high streets in Birmingham Ladywood, including:

“Boris Johnson and the Conservative Party have failed small businesses in Birmingham, saddling them with years of Brexit uncertainty and ignoring urgent calls to reform business rates.

“Over 20,000 local businesses have had to close their doors under the Conservative government’s watch. Each business closure damages people’s jobs and the local community.

“With the Conservatives being prepared to crash us out the EU on a No Deal, and Labour continuing to fail to admit that a Labour Brexit would also hit our community hard, it’s only the Liberal Democrats that speak up for business, people’s jobs and prosperity in Ladywood.