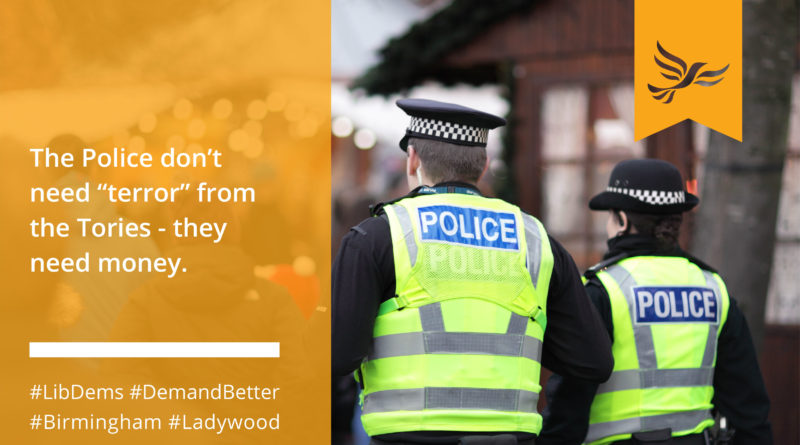 “The Conservatives have a dreadful, wasteful track record in the Home Office and policing. From the Windrush scandal, the appalling, failed “go-home” vans to slashing of Police budgets. Not to forget the Prime Minister’s own £300,000 bill for taxpayers, to cover the debacle he led over water cannons as Mayor of London.

“All of this shows a Tory contempt for both the Police and the communities they serve.

“Listening to the current Home Secretary, it’s clear that she, like the PM, thinks that emotive words will magically fix their own failures. “Terror”, as Priti Patel wants to see in the Policing, is part of the reason why we have a crisis in violent crime and drug use. It shows how out-of-touch with communities she is.

“Returning the money slashed from Police budgets by successive Tory Home Secretaries is needed, now. Then, instead setting out an election pitch in newspapers, the Tories should work with the Police on a public health approach which will reduce crime and harm in our communities.”