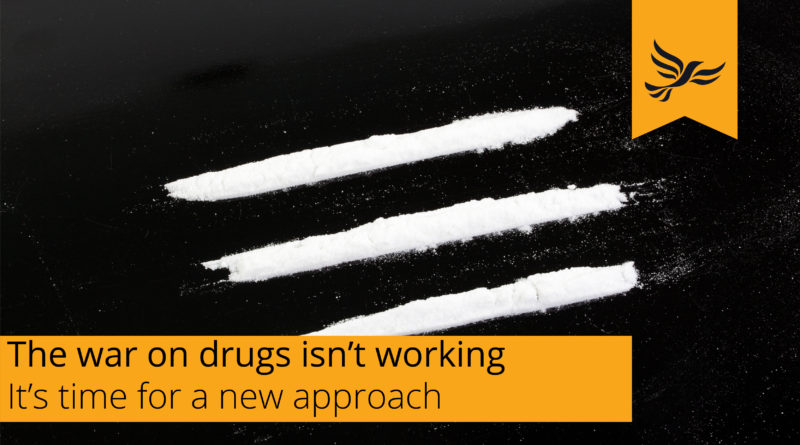 Responding to comments from the Minister of State for Security and Economic Crime that the UK “is fast becoming the biggest consumer of cocaine in Europe”, Liberal Democrat Health Spokesperson for the West Midlands, Lee Dargue, said:

“Whether it’s looking abroad to Portugal, or within the UK to Durham, the evidence is clear – a health-based ‘harm reduction’ approach to drugs helps everyone. It helps educate and support users, drives down dependency and addiction and reduces the associated crime.

“Successive Labour and Conservative governments have refused to even accept the evidence around harm reduction. It’s time that both of those parties follow the lead of the Liberal Democrats, and use the evidence already available to reduce harm to people and society. Also to reduce the burden on our Police and Health and Care Services.

“The Liberal Democrats have already called for the legalisation of Cannabis, to reduce harm. It’s time the other main parties stop pandering to fear and worrying about newspaper headlines and changed their approach to drug use. Many in the Police and Health professions are calling for this, as well as some within the Labour and Conservative parties. Here in the West Midlands, the PCC has rightly accepted the evidence and called for a new approach to drug use.

“We cannot allow this ignorance and ideology of the front bench of the other two main parties to continue. The war on drugs was a failed policy from day 1. It must now end. The Liberal Democrats’ health-based approach to tackling drug use will reduce harm to people, and our communities.”