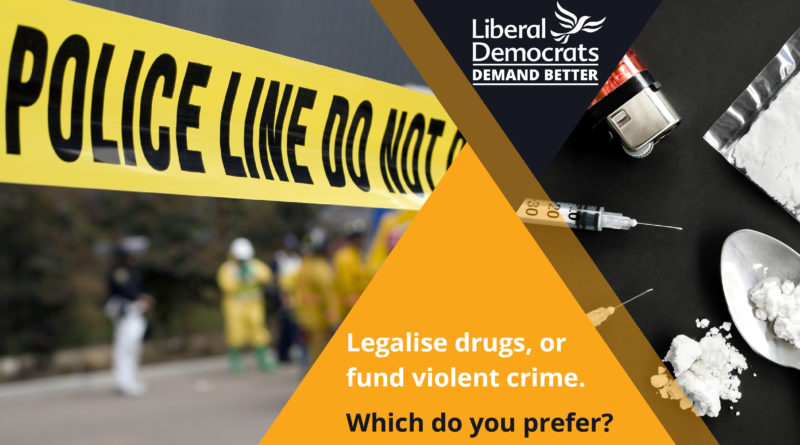 Commenting on the furore over Michael Gove’s admission of drug-taking, Lee Dargue, Liberal Democrat Spokesperson for Birmingham Ladywood and Health spokesperson for the Lib Dems in the West Midlands said:

“We need to ditch the hysteria around drugs, and end the failed, harm-inducing “war on drugs” and have laws that support a reduction in crime. The faux outrage towards Mr Gove, who says he took cocaine a few times 20 years ago, is as unsurprising as it is depressing. We don’t need to say illicit drugs are good –  but we DO have to accept people take them. A lot.

“Many in the Police know that our drugs laws are actively harming communities. We need an urgent change in the law – I say to legalise drugs.

“If we keep the laws as they are – then we cause harm to people, families and communities by allowing a black market to supply drugs, with no control over the quality of supply. Most knife and gun crime is linked to the sale of currently-illegal drugs. Young people are being bullied into running “county lines”. And people are dying needless, lonely deaths.

“We have two stark choices as a nation in regards to drugs. Either you keep the law as it is, and therefore choose to fund violent crime, further harm vulnerable people and keep the number of needless deaths rising.

“Or, we use compassion, evidence and sense to legalise drugs. This will bring down many gangs, will aid in reducing crime, reducing deaths and reducing harm to people and communities.

“I choose a better society, by ending the phony war on drugs. Which do you chose?“