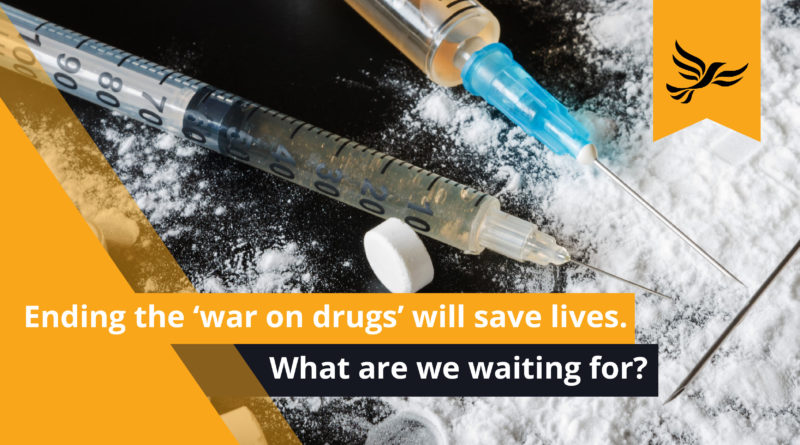 “Scotland last year saw over 1000 drug-related deaths. Every one of these needless deaths is a tragedy and should be a wake-up call to all politicians, including Police and Crime Commissioners—some of whom, including in the West Midlands, are already well aware of the harm induced by policies of the UK government and are taking steps to curb the crisis.

“Birmingham is not alone in the midst of this crisis. We must look at the evidence, which tells us that needless deaths are on the increase and much knife and gun crime is related to the illegal drugs market. Children are the most vulnerable in our society, yet some as young as 8 are being used to traffic drugs in the West Midlands.

“Many current and former members of the Police know that our current approach is failing. Organisations such as Release, Transform and LEAP continually show us the war on drugs is a major cause in the increase of harm to people and communities. We cannot continue to ignore the truth.

“The legalisation of drugs would lead to a major reduction in the harm to people, their families and our communities. A public health approach is needed, not a criminal one. Claiming that we can simply arrest our way out of the drugs crisis is not backed-up by evidence, nor sense, nor compassion.

“Liberal Democrats have already responded to evidence in establishing a policy of legalising cannabis. All Parties should join with us on this and seek to further legalise other drugs to reduce harm. Immediate decriminalisation of personal possession of cannabis, heroin and crack-cocaine would be a huge start in tackling this public health crisis. But we can’t stop there.

“Careful choice of words are very important in highly-emotive situations, so let me be clear: the policies of successive UK governments and the UK Home Office’s continuing blinkered approach to drugs have actively contributed, and continue to actively contribute to the needless deaths and harm to our citizens,  and high rates of crime. This must change, NOW.”