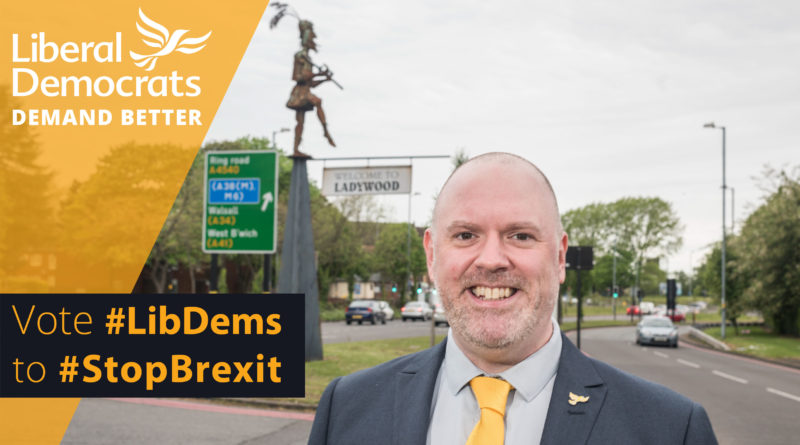 “It’s time for people to finally have their say on where Ladywood and the rest of our country go next. For 3 years, Liberal Democrats have been demanding better for our country by asking the people to decide our future.

“Voting Labour under Jeremy Corbyn will bring you the same chaos as a voting for a Boris Johnson-led Conservative party – chaos and damage to our economy, public services and a real threat to our future.

“Any form of Brexit will harm our economy – that’s the one thing that Remainers and Leavers agree on. A Liberal Democrat government, under Prime Minster Jo Swinson will allow us to Stop Brexit and move our city and our country forward.

“Corbyn’s Labour or Johnson’s Conservatives would both ensure that the Brexit chaos is dragged on for years, by squabbling over their own versions of a disastrous Brexit.

“Only through voting Liberal Democrat can you stop Brexit and ensure a brighter future for Birmingham Ladywood.”