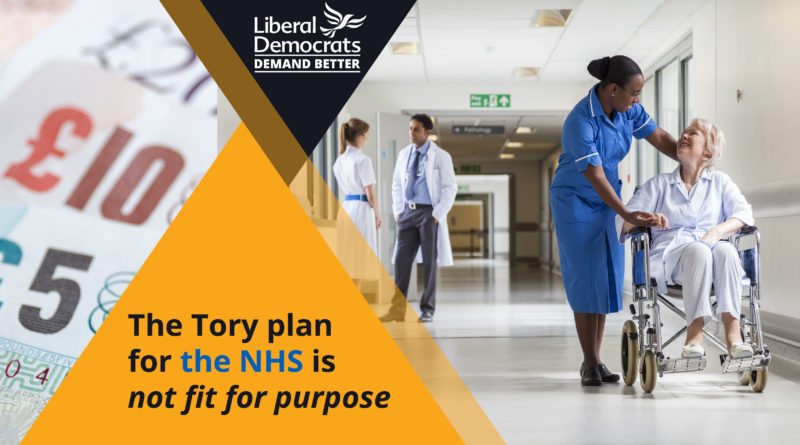 Responding to the Health Foundation’s report, which criticises the Conservative Government’s long term plan for the NHS being jeopardised by a lack of funding and rising demand, Liberal Democrat West Midlands spokesperson for Health, Lee Dargue, said:

“Another day, another criticism of the Tory Government’s alleged ‘long term plan’ for the NHS. With an urgent crisis in staffing shortages, we cannot wait 5 years for a lacklustre spending pledge, which probably won’t be upheld.

“The Liberal Democrats would add 1p to income tax to inject £6 billion into our health service, as well as bring in a National NHS Workforce Strategy to cure the staffing crisis.

“The penny increase has wide support across the public, as they too recognise the crisis our NHS is in. This will also cover social care funding – a pledge in the Conservative manifesto which they have failed to deliver on.

“Patients deserve better and the Liberal Democrats demand better for the NHS. The Conservative Government’s plan for the NHS is not fit for purpose.”