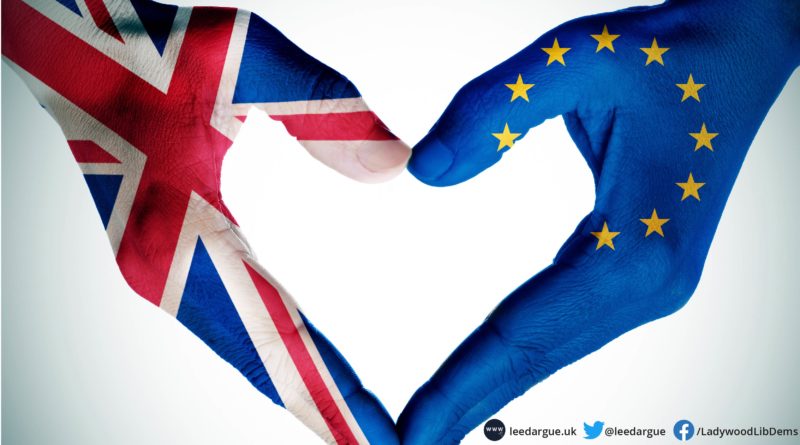 “On behalf of the Birmingham Ladywood Liberal Democrats, I’d like to say thank you to Julie and the Renew party for their support for the Remain Alliance.

“With Jeremy Corbyn wanting his own version of Brexit, and a need to stop a Tory Brexit, the Lib Dems and Renew are in agreement that any form of Brexit will be damaging to our communities in Ladywood.

“In Ladywood, too many people find that rising food and energy prices difficult to manage. Too many people cannot get access to mental health services. Too many children live in poverty. Too many people face homelessness. I cannot stand idly buy and let Brexit make these things even worse.

“The people of Ladywood deserve better, and we can demand better by Stopping Brexit and building a brighter future, together.”

“In the interests of the Remain Alliance and since the stakes for our country are so high at this election, I have agreed to stand down in support of Lee Dargue of the Lib Dems. In Ladywood we must all work together to prevent a  damaging Brexit.

“Ladywood is the fifth most deprived constituency in the UK. Our community cannot afford the economic harm of Brexit and more Conservative cuts. Going forward we need renewal and reform, harnessing the skills of people from outside politics. Real people who understand everyday struggles.

“Our political system is broken and it’s time for something new.”