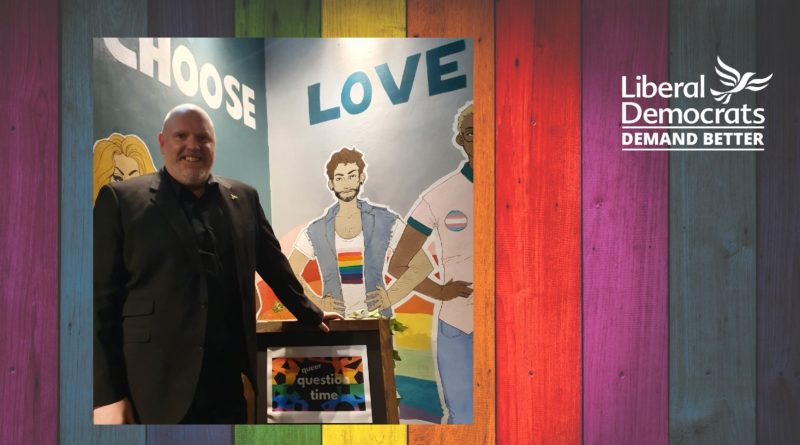 Queer Question Time is a great event, that runs every election, and is an important event where members across the LGBT+ communities get to hold politicians to account. in person.

Lee attended representing both Ladywood and the Liberal Democrats. One audience member expressed anger that the previous MP for Ladywood wasn’t present, as he wanted to ask her about her thoughts on the growing issues around LGBT+ inclusive education being attacked in Birmingham. Lee explained that he and his Party are in full support of inclusive education, and cited a lack of leadership from the Labour MP and the Conservative government to properly tackle this issue.

Trans issues came up a lot, and Lee was very pleased to explain his full support for the reform of the Gender Recognition Act, removing fees, scrapping the need for onerous medical reports, and to also include support for non-binary people. Access to good quality, and fair healthcare is also high on Lee’s agenda. Trans people must be supported fully, without barriers.

A very feisty debate, including Lee reminding the panel that it was down to a Lib Dem – Ed Davey – who moved a bill in Parliament to ditch the awful Section 28 that had suppressed LGBT+ for decades.

Thank you to everyone who came, asked questions and to Steve Ball for chairing, and The Loft for hosting.