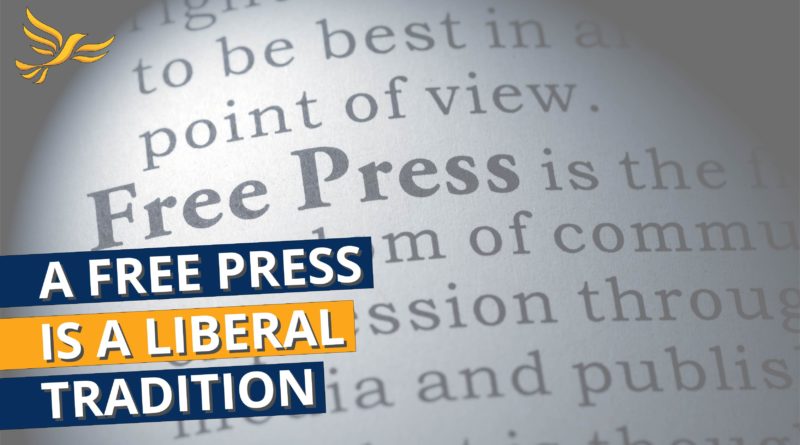 Commenting on the Labour and Conservative attacks on a free press, the Liberal Democrat candidate for Birmingham Ladywood, who supports a free press, Lee Dargue said:

“We have seen tonight, on Channel 4, the total absence of care for both our climate emergency and a free press, by Boris Johnson, who is too scared to turn up for a debate – taking voters for granted.

“Let us also not forget, that Labour’s Jeremy Corbyn has chillingly pledged to the media that “under socialism, you’ll all co-operate”, and that reporters should merely repeat “what we say”.

“Labour in Birmingham Ladywood, via Shabana Mahmood, has also taken voters for granted, by repeatedly refusing, in 2017, and now in 2019, to accept invites to turn up to hustings.

“I cannot answer the inviters’ question “Where is Shabana?” – but I can ensure that I am personally accountable by turning up to the debates myself, which I have been doing.

“I and the Liberal Democrats are clear – the press and media have the right, and duty, to ask the questions they feel relevant to report on – and they must have answers from politicians.

Johnson has refused to take part in:
The Andrew Neil Debate:
https://www.independent.co.uk/news/uk/politics/boris-johnson-andrew-neil-interview-bbc-general-election-corbyn-sturgeon-a9225161.html

Jeremy Corbyn urged journalists to report “what we say”:
https://youtu.be/fE7J3A_SYB8?t=64