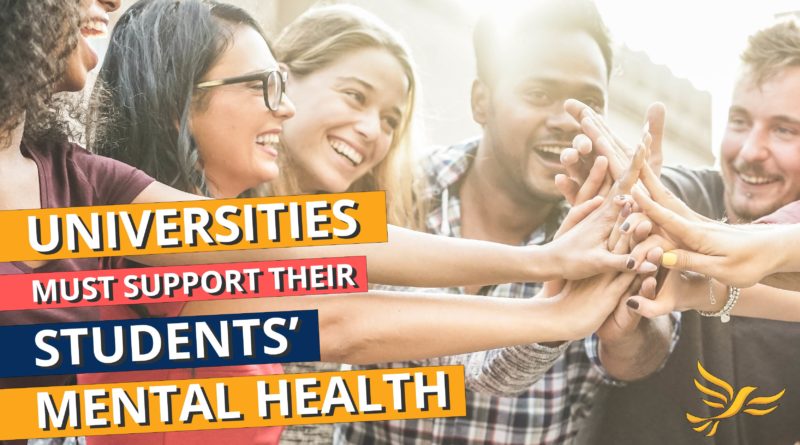 This is part of the Liberal Democrats’ plan to prioritise everyone’s mental health, including the commitment to invest £11 billion in transforming mental health services, more than either Labour or the Tories.

A recent freedom of information revealed that many universities do not record fundamental data, such as their budgets or waiting times.

The Mental Health Charter would put in law a guarantee for universities to ensure a good level of mental health provision, including the commitment for universities to publish data on their university waiting times, as well as a maximum wait for access to counselling and support.

“Young people have always faced pressures in growing up, especially when also navigating their way through education. Whilst universities in Birmingham have had some success with mental health support, the support is patchy and voluntary.

“Many social pressures are put on young people at University – such as living away from home, managing stretched finances and trying to forge new relationships. With the added pressures of deadlines and exam results from their studies, a person’s mental health can often struggle to cope with the demands.

The Liberal Democrats will develop the Charter in consultation with students, mental health charities and universities. It would include:

A freedom of information request by Sir Norman Lamb revealed that many universities do not know or do not record key mental health statistics such as the breakdown for mental health spend in their budget and average waiting times.

And the survey also showed that many universities lack the ability to track the state of their own mental health services: