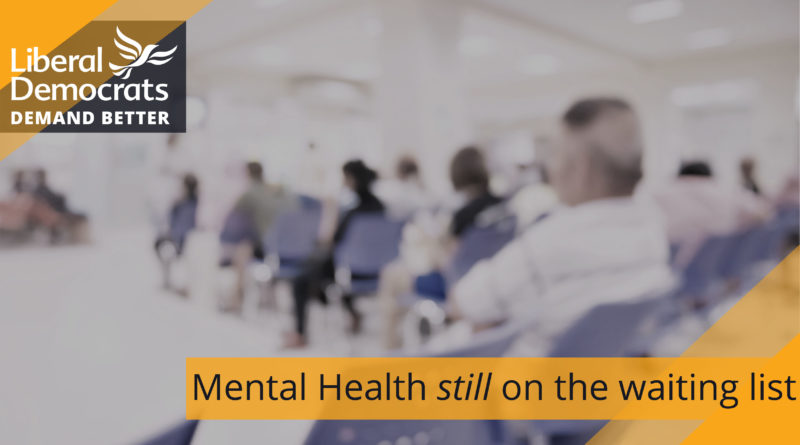 “Mental Health services are still in desperate need of investment – a call repeated again and again to government. We’re still awaiting a proper response. NHS Providers know what the reality of service provision is like – so we must heed their warnings on appalling the appalling conditions they have highlighted.

“In coalition, Lib Dems finally broke the political taboo around mental health and changed the law to give equal access to treatment and support for physical and mental health needs. Unfortunately, left to their own devices, successive Tory governments have led mental health slide down the priority list.

“Boris Johnson’s claims on capital hospital funding has been found to be a sham. 40 new hospitals became 6, then new became upgrades. Despite these lukewarm words, mental health didn’t feature at all in this recent phony spending pledge.

“The law clearly states equal access under ‘parity of esteem’ for mental and physical health. We know that the Prime Minister isn’t a huge fan of the law, but people who use mental health services, and the staff who provide them, need funding NOW.

Full details from NHS Providers can be found here:
http://nhsproviders.org/news-blogs/news/the-end-of-parity-of-esteem-patients-face-increasing-risks-as-nhs-funding-announcements-neglect-mental-health