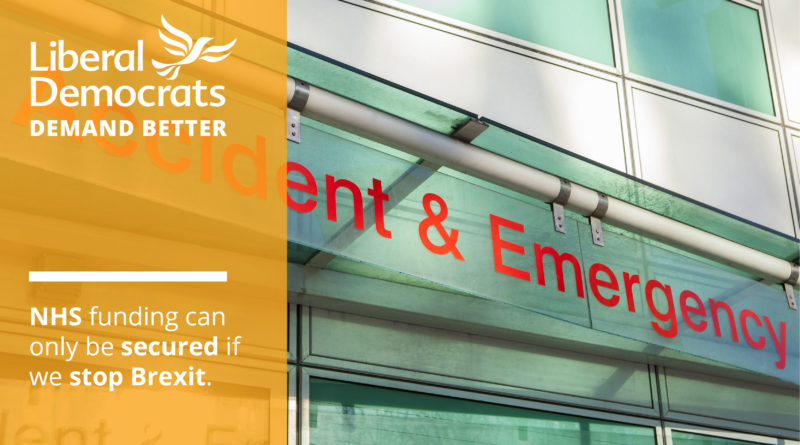 “Yet another throwaway spending claim by Boris Johnson on healthcare. Any trust in his NHS spending promises was destroyed after he was caught lying, on the side of a bus.

“Pursuing Brexit would harm the economy and crashing out without a deal would be disastrous. So these spending pledges cannot be taken seriously.

“Securing medicine supplies, improving mental health services, securing Social Care for those that need it and resolving staffing shortages are all priorities for the Lib Dems. Johnson and his government would put all of these under threat.

“Liberals created the NHS and the Liberal Democrats would save the NHS, by stopping Brexit. We’d then use a penny in the pound on income tax to boost the NHS and Social Care.”