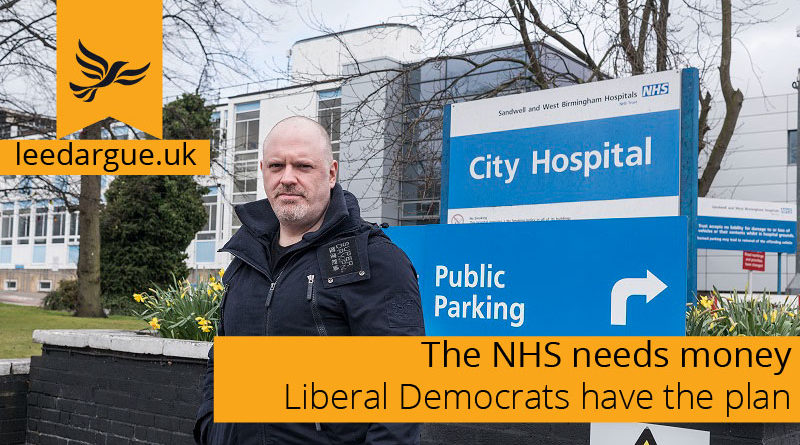 Responding to the major new report on the future needs of the NHS and Social Care funding, Lee Dargue, Lib Dems Health Spokesperson in the West Midlands, and Parliamentary Spokesperson for Birmingham Ladywood, commented:

“Most of us recognise the NHS and Social Care are in urgent need of cash now, and in need of a long-term funding plan. This report from the IFS is the best analysis we’ve had on the funding needs; we need to heed its warnings.

“Liberal Democrats have consistently worked to equalise access for mental and physical health treatments. We’ve sought to place Social Care on a sustainable footing and to prioritise prevention of ill health.

“Health and Care professionals work incredibly hard, and have delivered some fantastic new services. However good will and hard work need money to back them up.

“We are hearing the Government is open to the Lib Dems idea for an immediate injection of cash, via an increase in income tax. I would support the Govt being honest about this tax rise – and it is supported by the public. In the long-term, we need a dedicated tax for Health and Care.

“As we approach 70th anniversary of one of our country’s greatest institutions, we must all remember we have a stake in the survival of the NHS – as we could all need its help at any time.”

The analysis by the Institute for Fiscal Studies and the Health Foundation concluded that “a modernised NHS could require funding increases of 4% a year over the next 15 years”, with annual increases of 5% over the next five years. That would mean health spending rising from 7.3% of GDP today to 9.9% in 2033-34.  The report also suggests that adult social care spending is likely to have to rise annually by 3.9% over the same period.