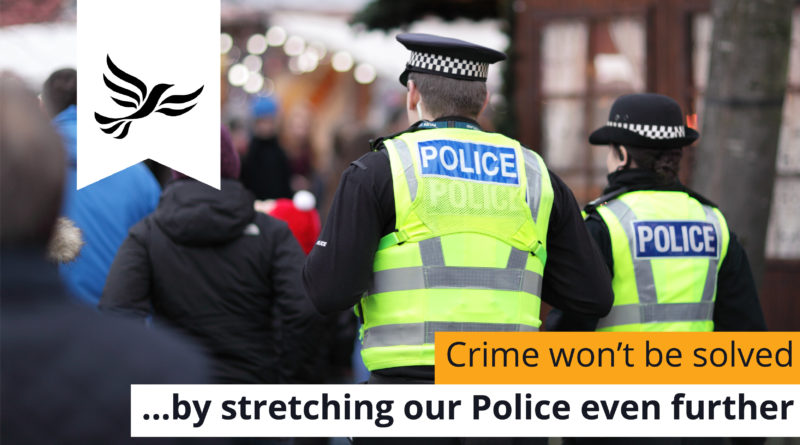 Responding to a small increase in Police funding by the Chancellor today, but only to pay for overtime and only if Brexit is delivered in the way the government wants, parliamentary spokesperson for Birmingham Ladywood, Lee Dargue, said:

“Too many politicians like to be seen as ‘tough on crime’. The pathetic offer from government today, of £100 million to pay for extra overtime, is in an insult to our Police and a let-down of our communities in Birmingham.

“Crime is not resolved by trying to force our already-overstretched Police to work more overtime. Nor is the answer simply to wait for crime to happen and then try and chase people after crimes are committed. The Police need real funding to allow them to fulfil a vital goal – to work with communities and police by consent.

“There is another reality the front bench of the Conservative and Labour parties refuse to accept – that the discredited ‘war on drugs’ must end and we must take a public health approach to drugs. Most knife and gun crimes are attached to drug trafficking and selling – until this is owned up to by all parties, we will never tackle a root cause of violent crime.”