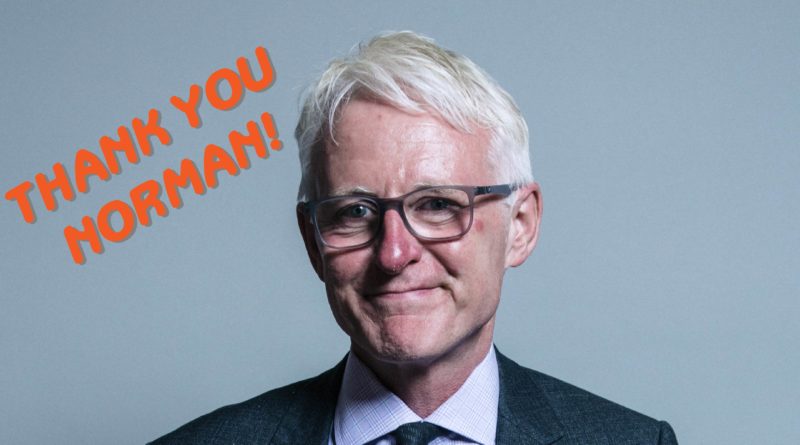 I took some time to reflect on the final day of being an MP for those standing down, in many cases it’s been a very difficult decision to come to. I spent most of my time thinking about Norman Lamb, so I decided to offer some thoughts on Norman’s final day in the House of Commons, as a Member of Parliament for North Norfolk.

I first met Norman Lamb at a Lib Dem party conference, where he had just made a speech in the main hall. I was struck, listening to him, on how his passion for his subject was matched only by his outrage on how the most vulnerable in society were being affected by the subject in hand.

The subject was, as you guessed, around health and social care, with particular attention to the scandalous situation of mental health not getting proper attention, funding or care from the NHS, service providers or government.

Scandal. Outrage. Those who know Norman or listen to his speeches will recognise such words he uses to punctuate the appalling situation we often find ourselves in. And he’s right to use them, when, as he so often has called out, we have situations where young people needing treatment for a mental health crisis have to be sent hundreds of miles away from their families. Or how very few people, such as Norman, stand up for NHS whistle-blowers. Or the dreadful situation of social care funding being so low, that many people end up having to give 24 hour, unpaid and unsupported care to a loved one, because the state has left them behind.

Whilst Norman’s many passions to fix wrongs extended well beyond health and care, Norman will probably be best known for his (continuing) work on Mental Health. So many people, from rap and grime superstars, to major athletes, to people of all backgrounds in our communities, owe something – sometimes directly – to Norman’s incredible work – globally! – on Mental Health. Including setting up a world-class mental health program called Thrive WM in the West Midlands, chaired by the excellent Sean Russell.

My own, often very troubled journey with mental health made me listen carefully when Norman spoke so considerately about the need to bring mental health out in to the open – something he managed to do so successfully in government to the effect that we’re all talking about it today. Norman was also one of the first senior politicians to speak out in favour of making drug policy with a view to public and personal health, instead of the incredibly damaging criminal focus we (still) have now, which causes unnecessary misery and needless deaths.

Norman also has shown us how you can hold have strong personal beliefs, but also argue and debate with others on the subject matter without going down the route of personal attacks. Something we absolutely need to learn from right now. Norman loves to discuss issues with people – many times have I seen him whisked away by nervous aides to get him to his next appointment, because Norman wants to hear from people about what they think is important and he takes the time to listen and engage.

So, to Norman (and his amazing family) – I say, for the many people who will never know that you enabled the help and support they desperately needed, THANK YOU. Good luck for the next part of your life, I know you’ll continue to achieve many great things.