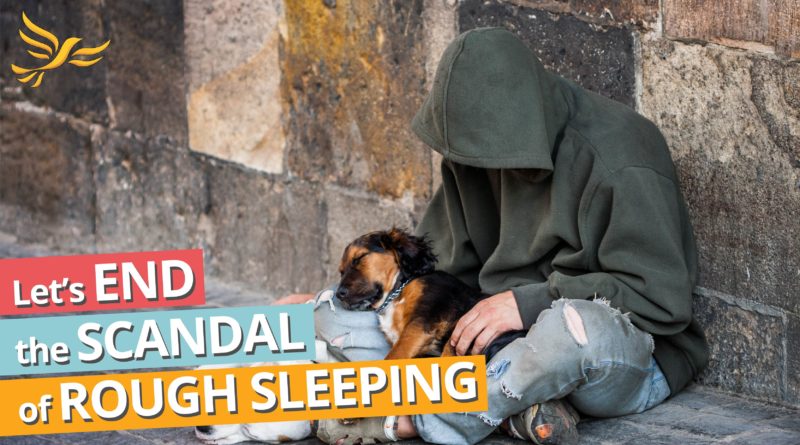 The Liberal Democrats have today launched their plan to end rough sleeping within five years.

The Liberal Democrats have announced a package of measures to prevent rough sleeping in Birmingham. This includes increasing funding for local authorities to ensure those at risk of sleeping rough are provided with emergency accommodation and that shelter is provided for survivors of domestic abuse.

The party would also:

The Liberal Democrats have also called for the Vagrancy Act to be scrapped so that rough sleepers are no longer criminalised. In 2018, 1,320 people were prosecuted under the Vagrancy Act, according to the homelessness charity Crisis.

“Liberal Democrats would repeal the cruel Vagrancy Act that criminalises people just for sleeping rough – a law that belongs in a Dickens novel. We tried to get rid of this regressive Act in Parliament, but the Conservatives didn’t support us to make this happen.

“I’m also against the expanded use of orders that are used to financially penalise extremely vulnerable people, who can’t afford to pay the fine anyway. We should be seeking to help rough sleepers, not find new ways to punish them.

“Our plan will build a brighter future by ending rough sleeping within five years. We will make sure that everyone has somewhere safe that they call home, so they can live with dignity.”