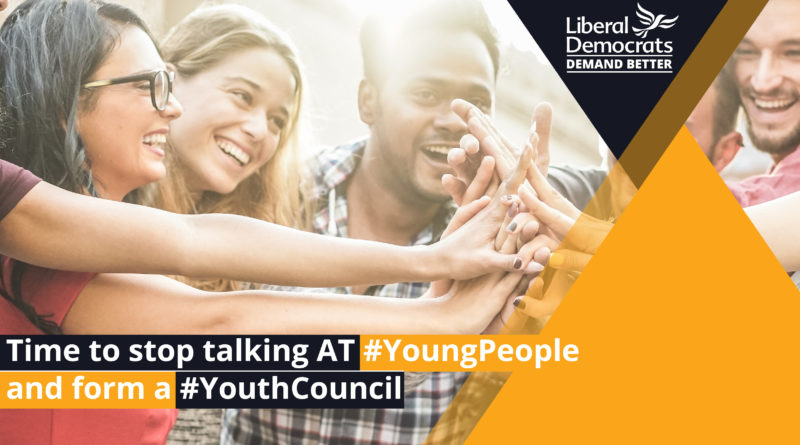 Today, ahead of the Liberal Democrat debate on delivering equality of opportunity for young people, Lib Dem peer Olly Grender has called for the Government to create a UK Young People’s Strategy Council.

Baroness Grender has written to Lord Agnew, a minister in the Department for Education, stating that the Liberal Democrats “are not willing to stand by and let the voices of young people be unheard for any longer”.

Speaking ahead of the debate in the House of Lords, Olly Grender said:

“For far too long the Tories have ignored young people and the issues that affect them most.

“The Liberal Democrats have called not only on the Government to support a package of measures that would genuinely improve the lives of young people, but also to create a UK Young People’s Strategy Council which would put young people’s voices at the heart of the executive.

“From Brexit to the housing crisis, from our cash-strapped education system to the climate emergency, the Tories are ignoring what young people care about. Liberal Democrats demand better.

“It is time the Tory cabinet was held to account by young people themselves. If they won’t listen to us, they must at least listen to those whose futures will be wrecked if they don’t change course.”

“I’ve supported many young people in politics and often have the privilege of being invited to debates in schools and universities. Young people always show great passion, knowledge and a desire to improve the lives of all young people. From mental health to housing, from transport and education, to daily living costs – we cannot ignore the voice of young people any longer.

“Democracy would be improved by giving 16 and 17-year-olds the vote. I also call upon Birmingham Council and the West Midlands Combined Authority to involve young people in conversations, not just consider them. We need to spend more time listening TO, and less time talking AT, young people.

“Finally, I plead with young people to ensure that whether they get involved in politics or not – hold your politicians, councils and government to account. Demand Better!”

Olly Grender has invited students and activists to the House of Lords to watch the debate.

The full text of the letter is as follows:

As you know, Liberal Democrat peers have decided to debate a motion tomorrow on the need to deliver equality of opportunity for young people and improve their quality of life.

A large majority of the public – across all age groups – believe that a society’s success can be measured by whether each generation can have a better life than the one before.

Yet, for far too many young people, this is not the reality. Finding the deposit to rent a house, let alone buy one, is beyond the reach of many. Too many young people are left waiting for months to be seen for mental health treatment. And the education system – particularly non-academic routes – has been left grossly underfunded.

Even by the relatively modest yardstick of the Conservatives’ own manifesto, the Government has fallen short. It promised that apprentices would be provided with discounted bus and train travel and a new UCAS-style portal would be set up for vocational and technical courses. Both proposals appear to have been quietly dropped.

We are concerned that the Government’s relentless yet futile attempt to secure a Brexit deal that can pass through the Commons has meant that the big issues facing young people are not being properly addressed.

We do not want to let the biggest issues of the day, such as combatting climate change and the economic effects of the ageing population, continue to go unresolved – and this will harm young people more than any other generation.

Moreover, too many young people do not feel listened to. Neither the political process nor the policies that it produces have made them believe that they matter. It is why, in recent months, they have been making their voice heard on the streets in large numbers, protesting alongside Extinction Rebellion or campaigning for a People’s Vote.

We are therefore writing to you and we will use tomorrow’s debate to call on the Government to deliver a Young People’s Strategy. This should be a package of five flagship policies that will make young people feel listened to once again:

These measures are ambitious but they demonstrate the scale of what is needed to prove to young people that the Government works for citizens of all ages.

However, we feel that the Government could go further to ensure that young people are listened to during the policy making process and continue to be involved as policies are implemented.

This could draw on the best practice from Canada, where Justin Trudeau has established a Youth Council for Ministers to receive advice directly from young people on how to incorporate the youth perspective into Government policy.

We are not willing to stand by and let the voices of young people be unheard for any longer.

Thank you in advance for responding on behalf of the Government to the Liberal Democrats’ debate in the House of Lords tomorrow. We look forward to the debate and to making the voices of our young people more prominent in the public square.